At a time when the Nigerian movie industry is replete with a myriad of challenges and viewers demanding more creativity and top-notch content, The Ten Virgins comes to the rescue with its scintillating visuals and didactic message. Behind the high-budget masterpiece lies a blockbuster most cinema lovers crave to see. In an interview with reporters, Blessing Egbe, producer and director of the film, spoke about the quality time and resources churned out to make the movie a reality.

Your latest film, The Ten Virgins hit the cinemas on Friday, how is it different from anything that you have done in the past?

The Ten Virgins is far different from anything I have done. The magnitude and scale of production for the movie is huge. The technical input and output for this is far better than the others. The look and feel, language, setting, costumes, everything…is not the usual.

It is said to be a high budget film; can you give us an idea of how much you spent making this film and what you achieved with it?

Yes indeed. It is a high budget film. Over 40 million naira has gone into the film. The cast is huge. We constructed a lot of the locations used. The costumes took a big chunk of our budget because we tried to do our best to be realistic. This is not to speak about the vfx/Special effects, the music, and art direction also gulped a great percentage. Likewise, the post production process. We achieved what we set out to despite all the negatives that come with working under these clime.

What exactly is the object of the film, what do you hope to achieve? 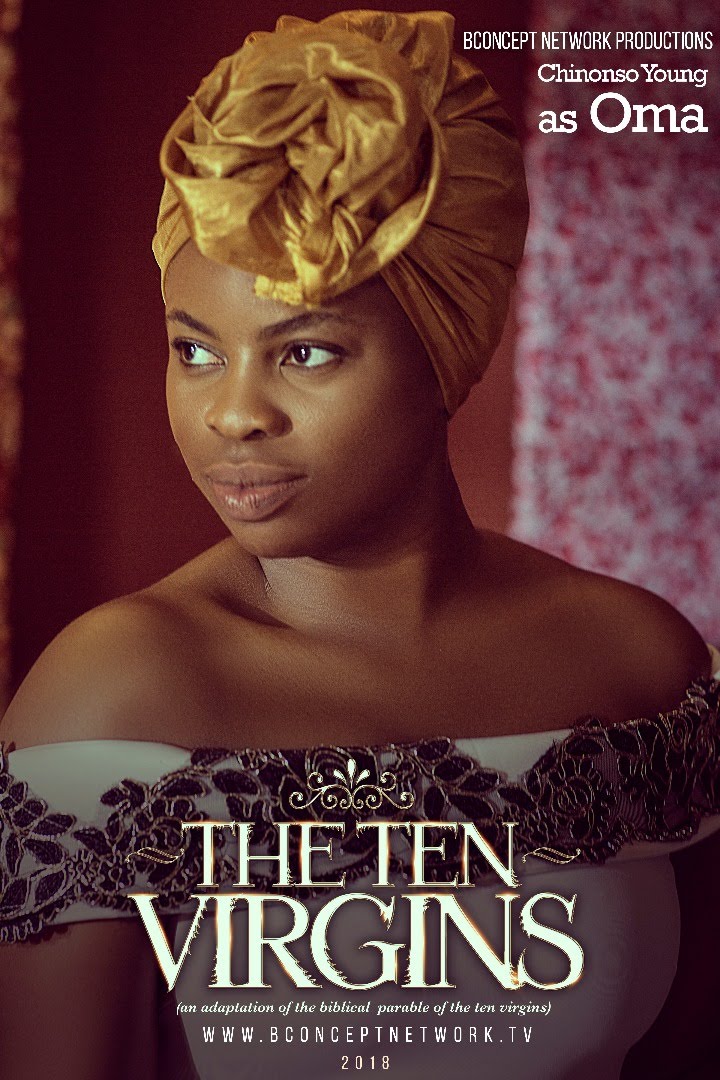 The objective of The Ten Virgins is to simply speak to some of our lost values and hopefully get viewers to reconsider their ways. In these times…the virtues and values of patience, faithfulness, hope and perseverance is lacking, and this is my own little way of evangelism. It is my hope that when people watch it, beneath all the entertainment, the message behind it all will not be lost.

You are introducing a few new artistes in prominent roles in the film, who are these people and what gave you the motivation to take such a gamble?

A gamble it is really? One that is now threatening the success of the film. Cinema bookers and viewers must understand that, familiar faces are not only what sells a film. The content and execution of it should greatly matter. I chose to use 98% of new actors for The Ten virgins because like always, I aim to achieve the factor of belief. There are stories where one must not compromise, and this was such. The actors that made it to The Ten Virgins cast list are well rounded talented actors. They could sing, dance and act. This was a must criterion which we adhered to greatly. I absolutely do not regret my choice despite the odds that come with it.

Would you say The Ten Virgins takes your role as a director to a new level and in what ways?

Rocking my #thetenvirgins dress from @collinstalker . @talkersclothings 💃💃thanks boo. I love it. Dont forget to watch #thetenvirgins at a cinema near you.

Yes. I would say this film took my role as a director to a new level. The process even made me a better director and producer. I stretched my creative self to the max in the hope to achieve a worthy offering. I selected and worked with some of the best hands in the industry and it sure paid off. I worked tirelessly for many months for the ten virgins to happen. Some of the naysayers who speak of women directors as a bunch of lucky people who use their feminine privileges to get things done will eat their words as the ten virgins screams CREATIVITY and HARDWORK.

10 ways to waste your money this weekend

OBITUARY: Yusuf Grillo, the ‘master of masters’ who pioneered visual art in Nigeria