Beyoncé and I won’t force our kids into showbiz, says Jay-Z

Jay-Z, US rapper and record producer, says he and Beyoncé, his wife, will not force their kids into showbusiness.

The 51-year-old spoke with The Times about life in quarantine with his wife, Blue Ivy, their 9-year-old daughter, and their twins Rumi and Sir.

He said he’s aware of the legacy his children may feel like they have to live up to but added that he and Beyoncé have a plan.

“In the beginning, it was time for everyone to sit down and really connect, and really focus on family and being together, and take this time to learn more about each other,” he said.

“Not ‘Here’s this business that I’m going to hand over to you, that I’m creating for you’. What if my child doesn’t want to be in music or sports? I have no idea, right? But as long as your child feels supported, and feels loved, I think anything is possible.” 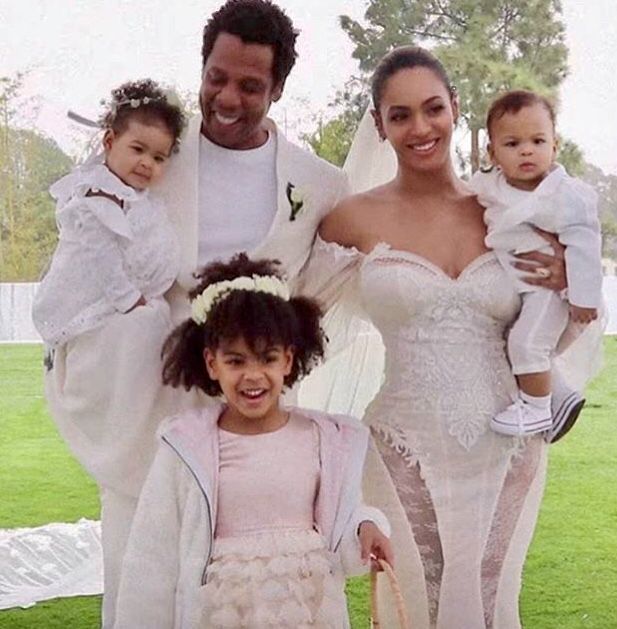 On how he and his wife would help the kids figure out what they want to be, Jay-Z said the priority is to ensure they have a loving environment and the needed attention.

“Just make sure we provide a loving environment, be very attentive to who they want to be. It’s easy for us, as human beings, to want our children to do certain things, but we have no idea. We’re just guides,” he added.

Beyond music, Jay-Z has continued to gain influence as an entrepreneur. In 2019, he had become the first hip-hop artiste to attain billionaire status.

Under the tutelage of her mother, Blue Ivy also became one of the youngest Grammy winners ever after scoring a statue for role on her mom’s single ‘Brown Skin Girl’.

WATCH: Wyclef Jean’s ‘Fela Kuti’ has little to do with the Afrobeat legend