Angel Smith, the 2021 Big Brother Naija (BBNaija) housemate, has hit back at critics who are suggesting she could be pregnant.

The 21-year-old reality TV star had recently shared a photo of herself via her Instagram page.

In the picture, Angel could be seen donning a yellow gown as she posed in front of a mirror.

But shortly after the picture went viral, a number of social media users expressed mixed views over her seemingly bulging stomach.

While some users speculated that she might be pregnant, others urged her to be mindful of her weight considering the fact that she is an ambassador to waist training brands.

But in a now-deleted post via her Instagram story, Angel slammed her critics, saying they should stop bothering about people’s weight.

“Stop commenting on people’s weight. It’s not your business,” she wrote in the terse post. 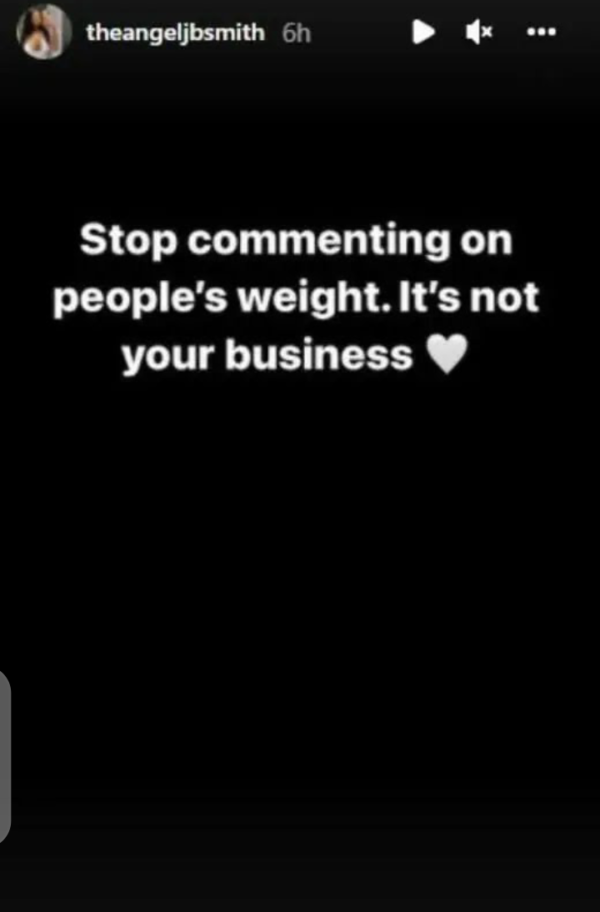 The writer was one of the most talked-about housemates during this year’s BBNaija season titled ‘Shine Ya Eye’.

Her stint on the show was characterised by her “free-spirited behavior”, clash with Boma, and relationship with Sammie as well as Cross.

She had earlier told TheCable Lifestyle that boredom informed her decision to participate in this year’s BBNaija.

“I wasn’t doing anything with my life at the time, I had just dropped out of school. I didn’t know what I wanted to do with my life career-wise, and the BBNaija audition came up,” she had said.

Angel has continued to pull the strings of fame since the show ended. In November, she acquired a Range Rover sports utility vehicle (SUV).