Avengers: Endgame, Little…10 movies you can see this weekend

Whether as a way to relax, hang out with friends and family, or get a crush to spend time with you, the cinema culture is getting increasingly popular among Nigerians.

Cinemas across the country offer a diverse selection of movies.

For this weekend, here is a rundown of 10 movies you should consider for your next stop at the cinemas;

Synopsis: The universe is in ruins. With the help of remaining allies, the Avengers assemble once more in order to undo Thanos’ actions and restore order to the universe.

Synopsis: A woman is transformed into her younger self at a point in her life when the pressures of adulthood become too much to bear.

Synopsis: The plot of ‘Knockout’ tells the story of comical occurrences that took over a community after the news about a boxing competition with a cash prize of One Billion Naira ($3 Million) broke out. 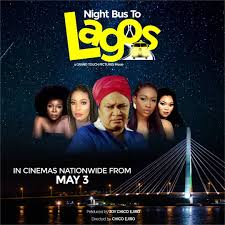 Synopsis: Playboy Voke settles for Monica, a high-class girl who inherited her father’s wealth. His mission; to get her family money. Suddenly, his past Ese who sold her parent’s properties to give Voke a life came haunting.
Starring: Bolanle Ninalowo, Daniel Lloyd, Ebube Nwagbo, Eddie Watson
Runtime: 108mins
Advertisement

Synopsis: The comedy follows a successful lady of over 30 years as her friends and her family try to help her find Mr Right in 12 days. 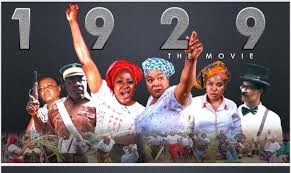 Synopsis: The movie is based on the true-life story of the Ikot Abasi basically, 1929 tells the story of women of the then eastern region of Nigeria and a protest against colonial tax laws.

The Curse Of La Llorona

Synopsis: Ignoring the eerie warning of a troubled mother suspected of child endangerment, a social worker and her own small kids are soon drawn into a frightening supernatural reality.

Synopsis: A joyous family reunion becomes a hilarious nightmare as Madea and the crew travel to backwoods Georgia, where they find themselves unexpectedly planning a funeral that might unveil unsavoury family secrets.

Nobody’s Fool, King of Boys… 10 movies you should see this weekend