INTERVIEW: Aramide, the soul bird who yearns to soar high

No doubt, her sound is unique, fresh, and totally in a lane of its own – but have you ever wondered what about Aramide, the soul bird, demands attention in a subtle, tentative manner?

It’s her tale of destiny. Music was all she knew; her transformation from a songwriter to an artiste took years just as her sound is slowly starting to grow on Nigerians.

Aramide was raised in Jos, Plateau, but her dream of making music and having an audience led her to embark on a journey of fate to Lagos, leaving behind her family in the chilly city.

A singer, songwriter and graceful guitarist, Aramide has inspired many with a sound which has received glowing reviews from her peers and mentors.

“I started writing songs at a very young age and I always wanted to be a songwriter but later, I discovered that I could actually really sing and I decided to take it seriously,” said the artiste, in an interview with TheCable LifestyIe.

“I had a solid foundation in songwriting but I was a bit shy, so when I came out of my shell, I started singing and started playing the guitar.

“Music started for me when I was a teenager… when I recorded my first song and I discovered that I always wanted to go back to the studio every time and I always liked to play back whatever I had recorded.

“Somehow, I just had that dream that I wanted to be an artiste, a big artiste, I wanted to listen to my music; it was like a step by step thing and little by little, we are here.” 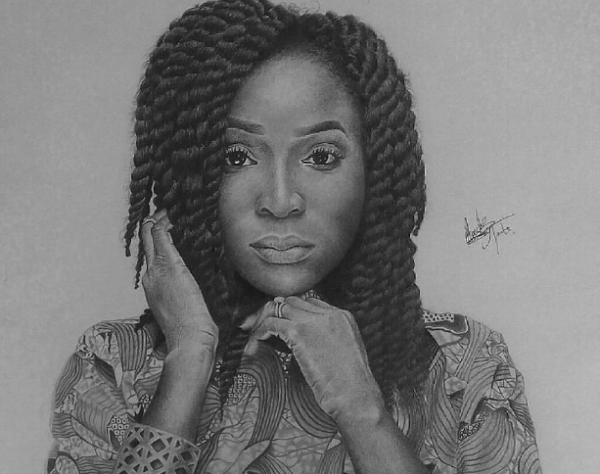 Aramide believes that hurdles are a given in life but passion and determination can be effective tools to push through a brick wall of hindrance.

This resoluteness, she says, took her from Divas unplugged to Trybe Records and eventually Baseline Records.

Sharing her journey of eight years in the music industry, she said: “The first time I came out was when I got signed to the Trybe records and that was in 2012.

“Divas unplugged, 2008 was the beginning of my journey; it was a concert that involved female artistes that could really sing and were on the verge of a breakthrough.

“I left Trybe records because my contract was over and I joined Baseline records. It was so hard starting as an upcoming artiste, it was really hard. That’s why I say there is a difference between passion and flair.

“I was very passionate about what I was doing and because I know that I had sacrificed so much to get to that point; I knew I had to keep pushing.

“So, every upcoming artiste has to really keep pushing, you would get frustrated and go through challenges but you just have to keep pushing.

“Everyone starts from somewhere; before you can get to where you planned, you’ve to hit some rough patches and eventually, you will. It is not always easy but you just have to keep pushing,” she said, with full conviction.

Having recently stated that it’s ten times harder for women in the music industry to break through, the Iwo-Nikan creator said it’s even more difficult being a soul artiste in Nigeria.

“There’s no structure, things are not really in place”, she said, echoing the frustration of many.

“Nigerian music industry does not have a basic structure especially for things like record labels; most record labels are not properly structured.

“The financial aspect of it is another problem artistes contend with; for an upcoming artiste, you don’t have anyone to support you or any platform to launch yourself on is really hard.

“At times, you can’t help some of the sites who just upload your music and people get to download them for free but I think it all boils down to proper planning because if you put out your album, you have to find a way to sell it and God help us with piracy.

OF SACRIFICES AND COMPROMISES

But for sacrifices, how will man learn, develop and get better? – Anon

Aramide knows a thing or two about sacrifice and prehaps, the “hugest”, was relocating to Lagos.

“I have made a lot of sacrifices; first of all, I had to move all the way from Jos to Lagos, I left my family to pursue my dream.

“So many times, I’ve had to sacrifice,” said the singer who recently released her debut album – Suitcase.

The Headies Award winner understands that the music industry can be unpredictable and iffy but she’s ready for the ride; bumpy and smooth.

“I’ve realised that most times, every time I had an opportunity to get something really flashy or something in vogue, something about my music comes up and I would have to just drop that and go for my music.

“I am okay with all the challenges that come with music; I think life would be boring if everything is all sweet and there are no hiccups here and there.”

Music makes Aramide happy. It gives her different emotions, she said, while revealing that she put a lot of work into her sound to develop and refine it.

The Afrosoul singer said she’s been able to overtime, make her sound “interesting” and “evergreen”.

“I think I have made my music very listenable and I’ve made it interesting in a way that you’d even forget that you are listening to an Afrosoul because it is interesting and you like it.

“It is music that you’ll listen to on your radio, it is also a music you can buy and put on your phone; so, basically for my music to get to where it is, I had to up my creativity.

“I create evergreen music and I hope that it stays relevant and people can make reference to it.”