Annie Macaulay-Idibia, Nigerian actress, says she would stop consuming animals henceforth because they have feelings just like human beings.

The 39-year-old movie star said she intends to be eating only fruits and plants in the coming days.

“Also, importantly, my healthy heart will thank me later. Fruit and plants, it is for now,” she added. 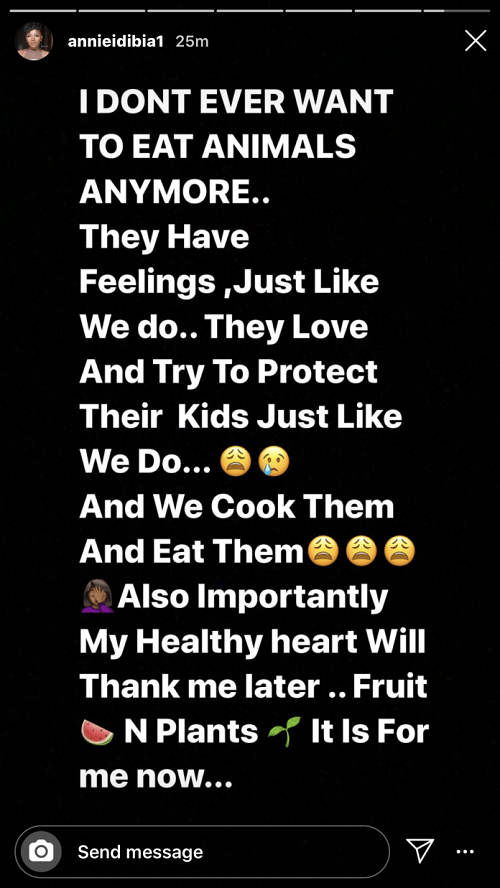 It, however, remains unclear if the post was Annie’s way of announcing herself as a vegetarian — someone who does not eat meat, poultry, game, fish, shellfish or by-products of animal slaughter.

The actress and Innocent Idibia, Nigerian singer better known as 2Baba, her husband, recently made headlines after they celebrated their 7th wedding anniversary in a beautiful way.

The union is blessed with two girls (Olivia and Isabella).

Annie has had blissful career as a model, actress and media personality. She has won several awards including the ‘Fast Rising Actress’ gong at the 2016 edition of African Entertainment Legend Awards.