Picture Perfect, Ajuwaya… 10 movies you should see this weekend

Synopsis: Following the events of Captain America: Civil War, Peter Parker attempts to balance his life in high school with his career as the web-slinging superhero Spiderman.

Synopsis: A high-flying fashion designer meets a notorious area boy when her car breaks down in his gang’s territory. At first their meeting seems like a blessing but it quickly turns into something else when he sets up home outside her shop.

Synopsis: 6 corpers get posted to a remote village to find an ancient evil has bigger plans for all of them… will they make it out of the village to live to tell the tale of an Ajuwaya?

Synopsis: The psychological limits and endurance of a couple are stretched after the wife, Diane, suddenly sees an exact replica of her dead son (five years after his death), walking leisurely home from a different school and living an entirely different life. The emotional ramifications of this experience becomes near damning.

Synopsis: Bianca is a campus beauty queen who Akpos has sacrificed his livelihood to make successful. After successfully winning a national beauty pageant, Bianca, ever loyal to Akpos, is now an international celebrity rolling with society’s ‘high and mighty’. Otunba who is also invested in Bianca follows Akpos and Bianca to Sun city but will Akpos give up his love with all the sweat he has invested or will Otunba win this time with the use of his wit and charm as the ‘old fox’ which he has used to conquer like he has done time and again, in the world of business? 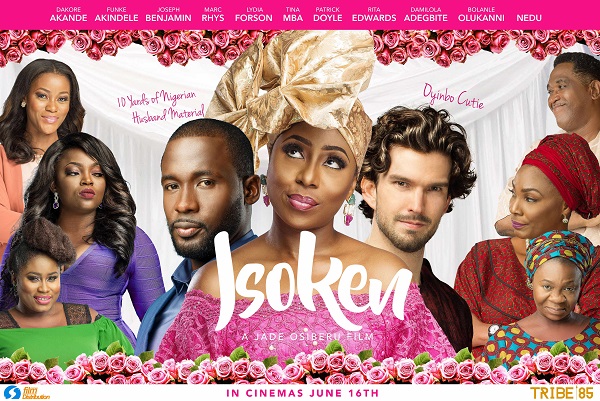 Synopsis: Everyone in the Osayande family worries about Isoken. Although she has what appears to have a perfect life – beautiful, successful and surrounded by great family and friends – Isoken is still unmarried at 34 which, in a culture obsessed with married, is serious cause for concern. Things come to a head at her youngest sister’s wedding when her overbearing mother thrusts her into an orchestrated matchmaking with the ultimate Edo man, Osaze. Osaze is handsome, successful and from a good family, making him perfect Nigerian husband material. But in an unexpected turn of events, Isoken meets Kevin who she finds herself falling in love with and he just might be what she truly wants in a partner. The only problem is, not only is he not an Edo man, he is Oyinbo (Caucasian).

Synopsis:Ella and Sam, a young and dynamic couple held on to their sheer-secrets at the expense of matrimonial peace and harmony; with a myriad of side attractions and distractions, the revealed secrets results to fruitfulness, openness and love thereon…

Synopsis: Gru meets his long-lost charming, cheerful, and more successful twin brother Dru who wants to team up with him for one last criminal heist.

Synopsis: An ancient princess is awakened from her crypt beneath the desert, bringing with her malevolence grown over millennia and terrors that defy human comprehension.

The Bridge, Paddington 2… 10 movies you should see this weekend

BBNaija: ‘I will kill you’ — Teddy A, Khloe in hot exchange over piece of meat