She broke the news in a question and answer session with her over 1.4 million Instagram audience on Monday night.

Akech didn’t, however, reveal whether or not her declaration indicates she had broken up with the Nigerian singer.

Runtown and the international model kick-started their relationship in 2020, sharing lovey-dovey photos online.

But in the Q&A screenshots posted on her Instagram story, Akech replied to a fan’s question on her relationship by saying: “Yes, ma’am single and ready to mingle or whatever they say. Jokes but I’m single.”

A perusal of Runtown’s page showed that he had deleted all the photos he earlier took with the 21-year-old model. 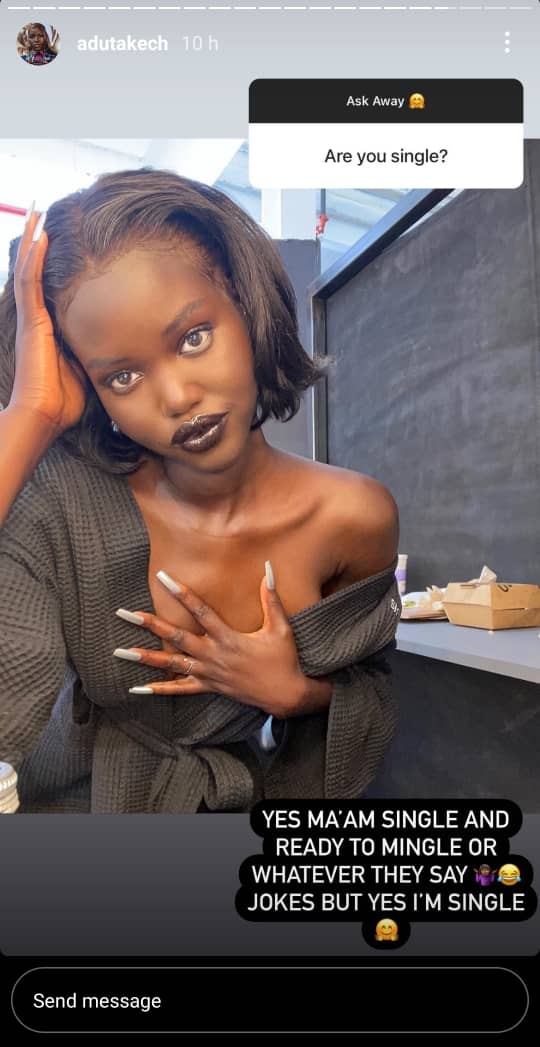 Akech made her fashion week runway debut as an exclusive in the Saint Laurent S/S 17 show. She went on to close their F/W 17 and S/S 18 shows exclusively.

In 2018 and 2019, she was named ‘Model of the Year’ by models.com. Akech was one of fifteen women selected to appear on the September 2019 British Vogue issue, which was guest-edited by Meghan  Markle, Duchess of Sussex.

In December 2019, she had also won the ‘Model of the Year’ award at the British Fashion Awards in London.

Naira Marley breaks silence on his ‘botched’ concert in Cameroon

‘I was constantly overlooked’ — Adekunle Gold recounts past struggles

Maraji opens up on ‘secret’ marriage, pregnancy and battle with hemorrhoids