The Nollywood actors Cynthia Okereke and Clemson Cornel have been released by their abductors.

Okereke and Cornel were reported missing last Friday, with their family members confirming they had yet to return from the movie set they went to at Ozalla Town in Enugu state.

The Enugu police subsequently launched an investigation into the matter and recovered a vehicle belonging to Okereke from where it was said to have been abandoned on the highway.

Some individuals who turned out to be the abductors of the missing actors established contact with their families to demand $100,000 in ransom payment.

The AGN later stated that they were mocked by the abductors after offering N1.2 million instead.

In a follow-up on Wednesday night, the guide issued a statement to confirm the abducted actors had regained their freedom.

The guild did not, however, reveal how much was eventually paid to secure their release. 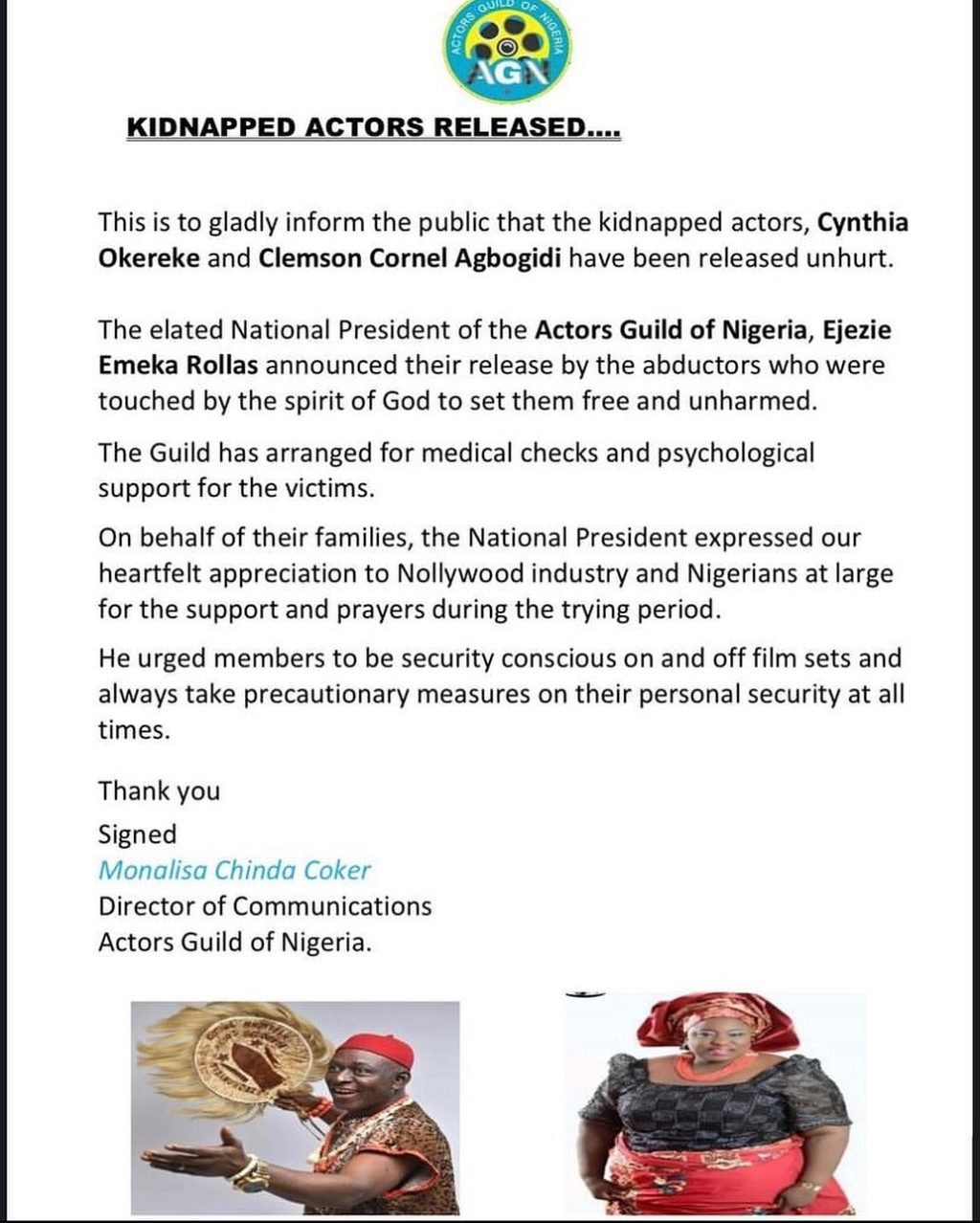 “This is to gladly inform the public that the kidnapped actors Cynthia Okereke and Clemson Cornel Agbogidi have been released unhurt.” the statement signed by Monalisa Chinda Cocker, AGN’s director of communications, reads.

“The elated national president of the Actors Guild of Nigeria, Ejezie Emeka Rollas announced their release by the abductors who were touched by the spirit of God to set them free and unharmed.

“The guild has arranged for medical checks and psychological support for the victims.

“On behalf of their families, the national president expressed our heartfelt appreciation to the Nollywood industry and Nigerians at large for the support and prayers during the trying period.

“He urged members to be security conscious on and off film sets and always take precautionary measures on their personal security at all times.”