2Baba: I feel sad not spending enough time with all my kids

2Baba, the award-winning Nigerian singer, has lamented not spending enough time with his kids.

The music star was reacting to a recent interview in which Cristiano Ronaldo reflected on spending time with his family and his moments with his father who died in 2005.

2Baba said watching the video has made him realise the need to spend more time with his children.

“This got me teary, I have lost so many precious time with all my kids and I can’t rewind. I’m so sad about that. So this is truly a wake up call as a father,” he wrote. 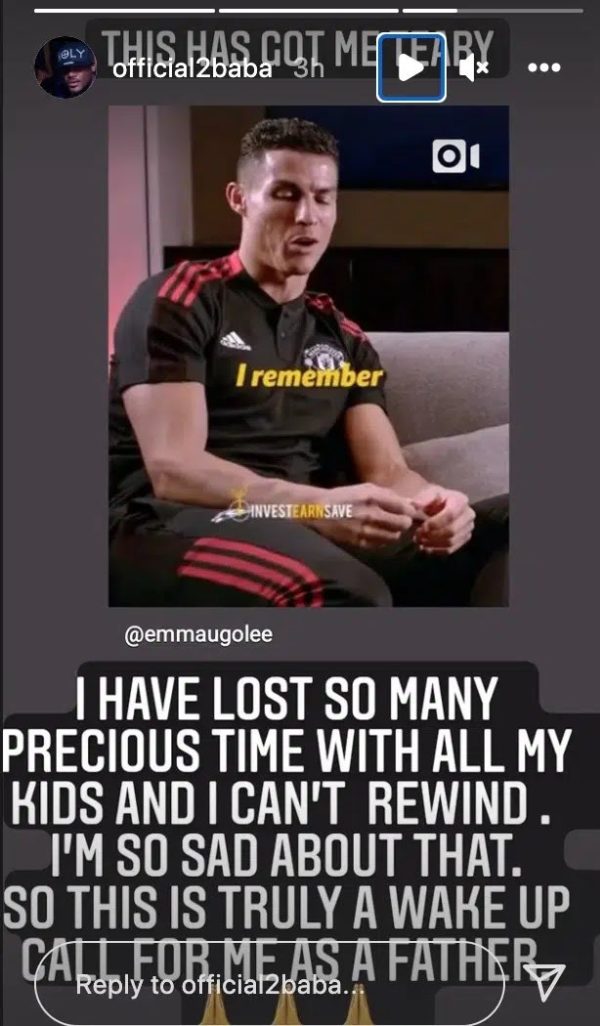 2Baba tied the knot with Annie Idibia in May 2012. They both have two children — Olivia and Isabella Idibia.

He was previously in a relationship with two other women named Sumbo Ajala-Adeoye and Pero Adeniyi.

He has two children with Sumbo and three with Pero, making him a dad to seven kids in total.

The singer has made the headlines on several occasions recently over his marriage to Annie.

Annie had earlier said she was not dating him when he had his other children.

“They made it seem like all 4 kids were made in the marriage which was wrong!! Then again… everyone must free to have their opinions! I live my truth! No film tricks ever with me!” she had said.

‘Nobody is perfect’ — Falz talks criticisms after ‘Moral Instruction’