Nigeria’s creative industry had a great run in 2021. Afrobeats further consolidated its place in global music riding on the back of awards, top endorsements, critically-acclaimed singles, and big album releases.

Behind the resounding wins of the year are artistes who endured days of grueling studios sessions; performed from stage to stage to entertain their fanbase and build momentum; honed their craft to optimize output; and worked out delivery strategies for bodies of work, collaborative singles, extended plays (EPs), and studio albums alike. 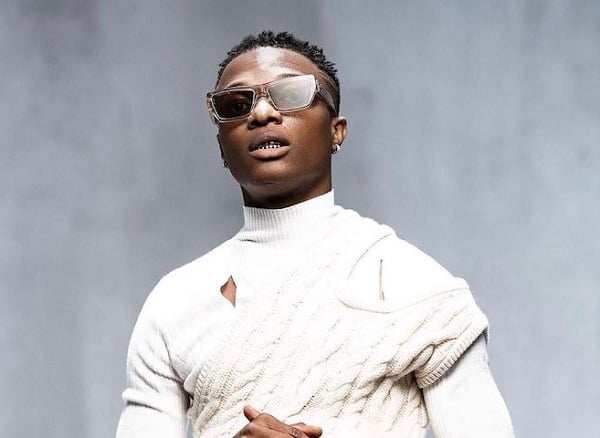 His success rubbed off on his co-players; Wizkid is one of those to whom winning has become second nature. 2021, for him, delivered a winning streak, from selling out a 20,000 event centre to cracking a highly coveted music chart.

Wizkid’s ‘Made In Lagos’ (MIL) album released in October 2020 ushered him into glory in 2021. The Afrobeat star, who already has a Grammy to his name, would embark on a tour, selling out concerts across the global west.

In 2021, Wizkid dropped a video for ‘Essence’, a track off MIL, remixing the hit with Justin Bieber, the Candian pop star. ‘Essence’ shot into the Billboard Hot 100 music chat, making history by cracking into the top 10.

Major awards and global accolades poured in, including his nomination in two categories for the 2022 Grammys. 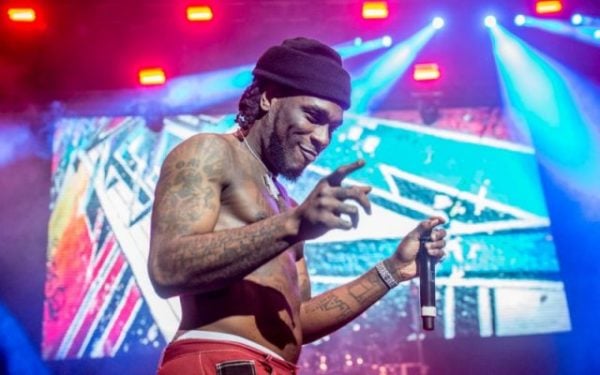 The self-dubbed African Giant couldn’t have ridden into 2021 any stronger. For him, the euphoria that marked the unveiling of his ‘Twice As Tall’ as the 2021 winner of the ‘Best World Music Album’ category at the Grammys was beyond words.

Burna Boy would yet again be nominated for the 2022 edition of the prestigious award, making him the first Nigerian to land back-to-back nominations at the Grammy Awards.

Nominations are now a norm for Burna Boy whose 2021 sync with Wizkid climaxed with a joint stage performance at the latter’s massively attended concert at the O2 Arena in London as well as the release of their joint single. 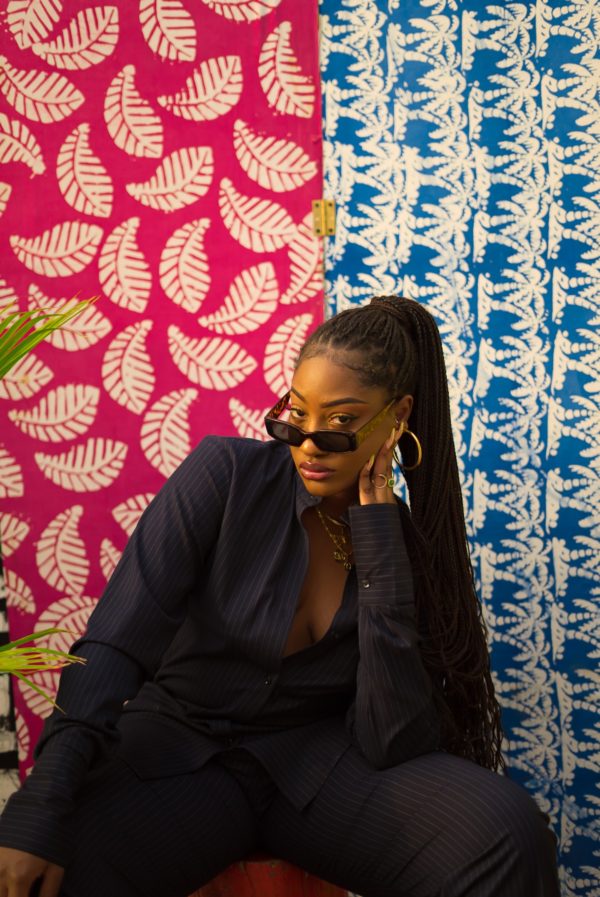 While she rode on Wizkid’s 2021 buzz following their joint hit song ‘Essence’, Tems embodied magic of her own.

The spotlight cast its strong beams on Tems as ‘Essence’ morphed from a slow burner to a chart-topping behemoth.

For the 2022 Grammys, Wizkid and Tem’s ‘Essence’ is nominated in the ‘Best Global Music Performance’ category.

Tem’s impressive run with the hit song landed her a collaboration in ‘Certified Loverboy’, an album by Drake, the Canadian rapper and music executive who was instrumental to Wizkid’s international breakout with ‘One Dance’.

In September 2021, Tems was signed to RCA Records where she released her second EP ‘If Orange Was a Place‘.

The body of work cracked into the top 10 on the Billboard World Albums chart. 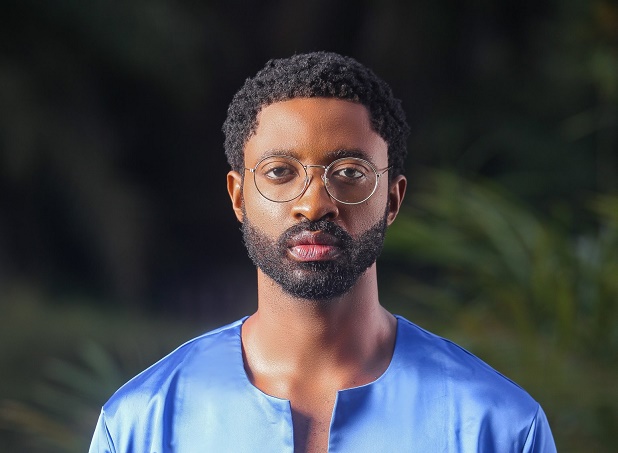 With the critical reception of his sophomore album ‘The Prince I became’, the subsequent release of its side B, and the buzz around his hit track ‘Thunder Fire You’, Ric Hassani no doubt had a chokehold on his 2021.

The R&B superstar delivered staged performances across countries too, notching up on his foray into the movie scene by taking a role in ‘Perfect Crime’, his second film of 2021.

Ric, unlike the years before, achieved more acceptance in 2021, especially for a musician who stands out as an outlier in an industry where much of the music audience gravitate more towards rhythm rather than lyricism.

“It’s been a lot of insanely hard work. When you’re independent, a lot really rests on you as an artiste, even if you have a team. People don’t understand; they just want to blame somebody else,” he told TheCable Lifestyle.

“It is up to you. It’s not up to your video director or manager. You have to take all those cards you’ve been dealt and all life has thrown at you and make something for yourself.” 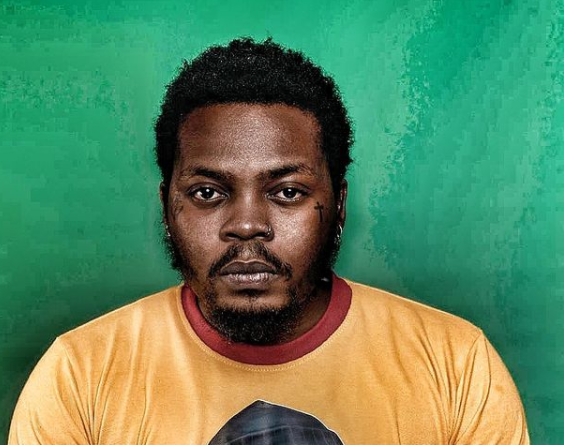 For much of 2019, Olamide was at work behind the scenes ahead of what would later come as his move to reposition himself for an international breakout, having gained credibility as the voice of street music in Nigeria.

In 2021, the rapper came through with ‘UY Scuti’, his ninth studio album where he portrayed sheer versatility.

His infusion of Reggae and Afropop stood him out and prove he could take on any genre of music put before him.

With ‘UY Scuti’, Olamide delved into self-production to bridge the gap in communicating his creative preference.

“‘UY Scuti‘ was my major [foray] into Logic. I started production because sometimes I don’t know how to explain to everyone, apart from a few people, how I’m feeling,” Olamide said during a post-release chat with the Grammy.

“But most times, I’m not always at home. I’m out on the road and don’t have the luxury of doing the producer’s life. So I record my ideas and tell my guys to teach me one or two things. I’ll make something tiny and skeletal.” 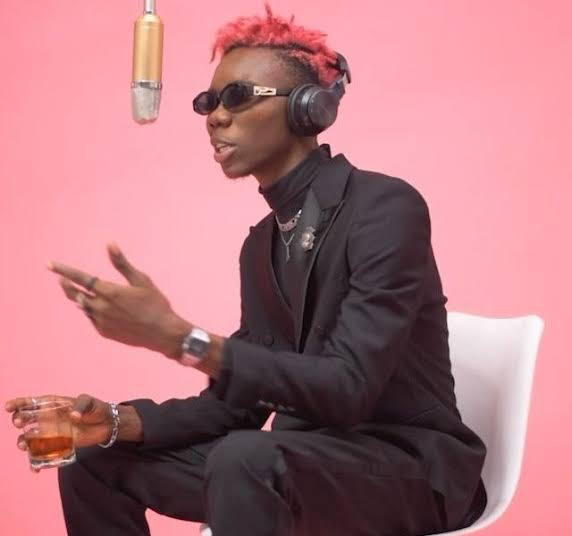 For a rapper, Blaqbonez knows too well his way around putting humour to work in better projecting his brand. And he doubled down on this in 2021, gaining more acceptance not just for his lyricism but his intimacy with fans.

He is also known to fuse hip-hop and Afrobeats into a blend where neither is eclipsed by the other.

In April, he released his album ‘Sex Over Love’ where he shared his “truth and reality” with the world. The 14-track album houses songs like ‘Bling’ featuring Amaarae and Buju, ‘BBC (Remix)’ with Tiwa Savage, and ‘Haba’.

Other artists featured on the album include Nasty C on ‘Heartbreaker’, Joeboy on ‘Fendi’, Bad Boy Timz and 1Da Banton on ‘Faaji’, Laycon, Psycho YP and AQ on ‘Zombie’ and Superboy Cheque on ‘Best Friend’.

In September, Blaqbonez dropped ‘1000 Years’, a song in which Blaqbonez deployed his rap flows alongside Cheque who single-handedly enhanced the song with catchy lyrics and melody.

Blaqbonez also had something in the works with Wizkid but is yet to reveal the nature of their collaboration. 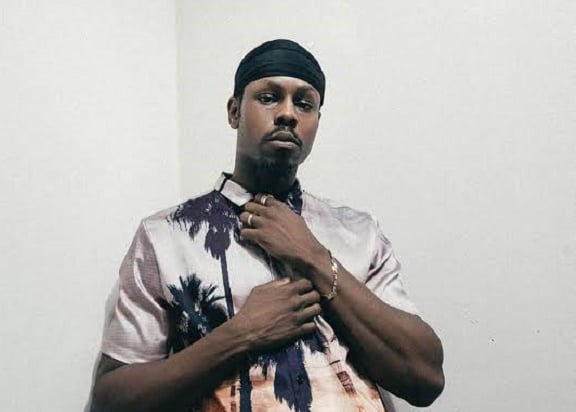 This list is supposed to detail the works of seven artistes but it’s not complete without singing the praises of such talent powerhouses as Cheque, Ladipoe, and Buju, all of whom delivered hit songs that defined their 2021.

Ladipoe’s 2021 song ‘Feeling’, featuring Buju, peaked at number one on the TurnTable Top 50 chart on 3 occasions.

He performed the hit song at the opening show of the sixth season of Big Brother Naija. Beyond the buzz it had in Nigeria, ‘Feeling’ hit South African clubs, quickly becoming people’s favorite on the internet.

Ladipoe would later be nominated for the 2021 BET Hip Hop Award, albeit eventually losing to Cardi B.

It’s in 2021 that Ladipoe put out his six-track ‘Providence’ EP, enlisting Rema who is choosy with collaborations.

He also collaborated with big names like Fireboy and Johnny Drille, delivering a stellar career run in 2021. 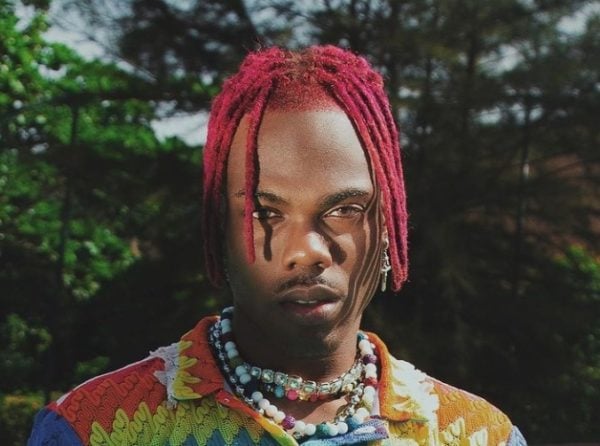 He followed up in 2021 with his debut album ‘Bravado’, tapping Olamide and Ayra Starr, Mavin Records songstress.

Buju, who released his ‘Sory I’m Late’ EP in 2021, pulled off quite a number of collaborations this year too.

He worked with top names in Nigeria’s music scene, including Timaya, Wizkid, Basketmouth, and The Cavemen.

CKay’s ‘Love Nwantiti’, a song he released under Chocolate City in 2019, raked in good numbers on streaming platforms in 2021.

The song landed multiple certifications across countries and made him a top emerging act in the US.

The win followed the release of his EP ‘Boyfriend’ which came through Warner Music South Africa, last February.

INTERVIEW: I regret getting intimate with Dotun, says Daniella